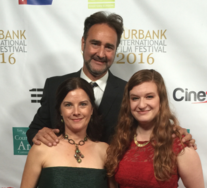 Since the late 1970s, Jeff Harman has built a diverse career in many areas of the entertainment industry. Jeff was a musician and owner of a full-service production studio offering music production, TV and radio commercials, audio visual productions,  electronic and acoustical design and education from 1980 through 1997. Jeff has worked as an audio engineer, cinematographer, cameraman, sound man, musician, actor, and producer in many industrial films, audio-visual and music video projects for nearly 30 years. He has worked with such notables as  George Carlin, Budd Boetticher, Bernard Girard, William A. Fraker, Ricky Martin, Bobby Vee, Boz Scaggs,  and many others. He has studied with William A. Fraker, Laszlo Kovacs, and Foster Denkar.

Jeff has studied the mercurial art of screenplay writing with such masters as Syd Fields, Michael Hague, Christopher Vogler, Blake Snyder, Linda Seger  as well as many others.

Starting in the late 1970s, Jeff came to Los Angeles, California, to work on many projects doing production, design, acoustical testing and electronic modifications for recording studios and film dubbing studios. He has done freelance design and modification in acoustics and electronics in film studios, audio recording studios, concert halls and theatrical spaces for such famous and notable studios as Hal Roach,  A&M Records and many other independent studios throughout the U.S., Canada, Europe, South America and Puerto Rico.

In the late 1980s and through the 1990s, Jeff became very interested in producing and directing motion pictures. Jeff has studied acting with such notables as Tom Toddoroff and other acting coaches in order to understand the delicate craft of acting.  He has also completed many classes in screenwriting, directing and cinematography over the years. In directing, Jeff has studied with or been coached by Mark Travis, Gil Bettman and Judith Weston. He has also studied with or has been coached in cinematography and lighting with such notables as László Kovács, Foster Denkar, and William A. Fraker.

The following list includes work and professional contracts in the areas of:

Founder, Instructor and Course Designer of Audio Engineering classes at the Career Institute of Audio Technology.


Memberships (Past and Present)

Jeff filed two US and International technical patents in the mid 1990's, and performed extensive work with these technologies.
The two U.S. and International Patents in digital storage technology and telecommunications technology were granted in 1998.
United States Patent Numbers 5,719,920 (dated Feb. 17, 1998) and 5,826,235 (dated Oct. 20, 1998)

In addition, Jeff is also a Master Professional Astrologer with a roster of celebrity clientele including many A-list actors, musicians, producers and directors. He has been a guest on such radio programs as Coast to Coast AM with George Noory , Veritas Radio, Fade to Black and many others. 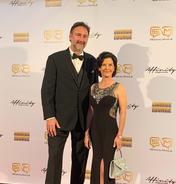