Camille James Harman, M.F.A., is a partner at Conjunction, LLC and an actress who has functioned as producer, script consultant, casting director, assistant editor, production designer, costumer, and make-up artist at Conjunction. She earned a Master of Fine Arts degree in Drama and Communications from the University of New Orleans. As an actress, Camille has worked with producer Brandon Tartikoff, directors Adam McKay and Anthony Page, and actors Christian Bale, Steve Carell, Amy Adams, Justin Kirk, Eddie Marsan, Don McManus and Annabeth Gish. She played Mary Matalin in the Oscar-winning film Vice (2018), directed by Adam McKay. She also acted in the award-winning WWII short film Strings of Hope (2016), in the period short film James Joyce's The Sisters (2017), and in Shameless, Season 10, Episode 1. She is slated to play an Assistant District Attorney in the upcoming pilot Vice Squad: L.A.

In the early 1990s she acted in Richmond, VA. She then moved to New Orleans to earn an MFA in Drama and Communications at the University of New Orleans. She taught acting at U.N.O. and then taught film appreciation at Our Lady of Holy Cross College in Algiers, Louisiana.

Camille moved from New Orleans to Los Angeles in 1995, where she met and married Jeff Harman. Their son Aidan Harman is an actor and precision driver. Camille's Personal Website Link. 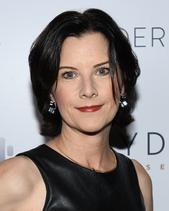